Pupils at four primary schools in Bow have teamed up with air quality consultants and a children’s illustrator to create a pollution map of the area, to help children breathe cleaner air every day.

The children used personal exposure monitors to measure the amount of pollution they are exposed to on different routes around their schools. The map highlights the most polluted streets and recommends using alternative cleaner streets and parks. 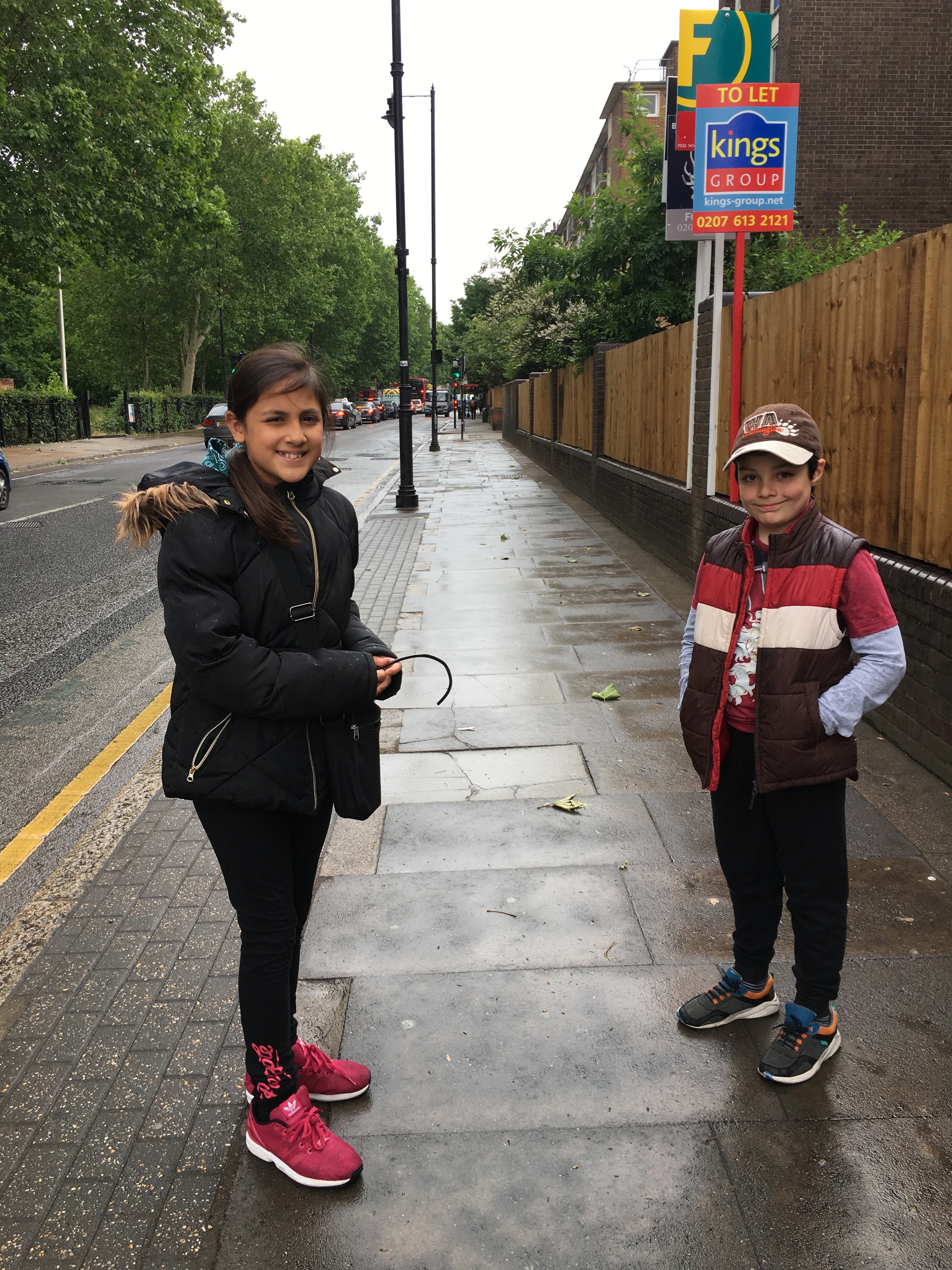 The monitoring conducted by the children showed that, on the backstreets, pollution can be up 50% lower than on the main roads. So they have now discovered for themselves that choosing back roads to get to school is a very simple way to reduce the amount of polluted air they breathe.

Illustrations of a ‘smog man’ character and ‘superwalker kids’ have been created by the talented children’s book illustrator, Al Murphy, for this project and are used on banners of the maps that have been put up at schools, to remind families every day how to ‘beat the smog’. 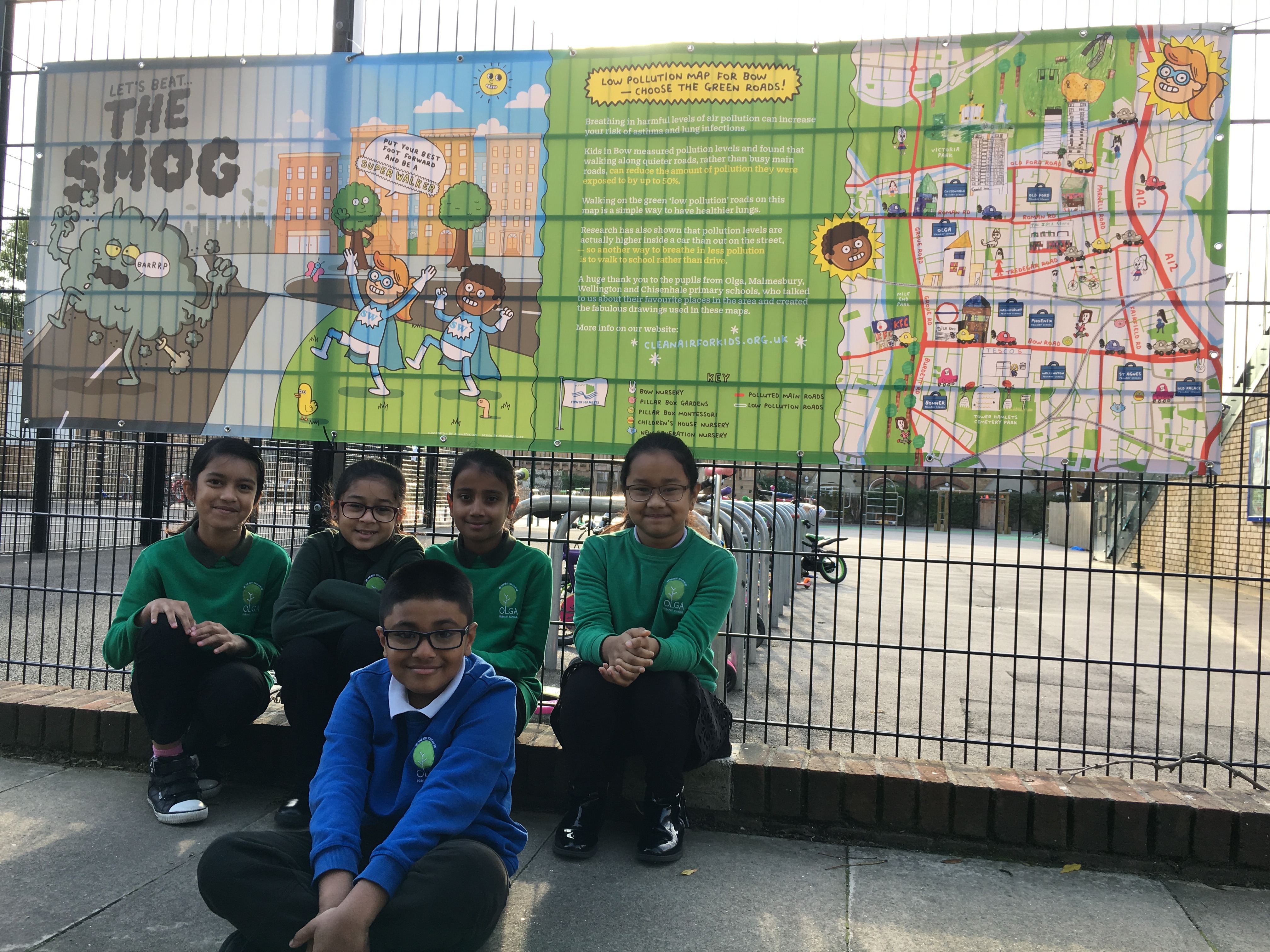 So many children are exposed to toxic levels of pollution on their way to school, and we know it can stunt child lung growth. With this project, which was funded by Tower Hamlets Council’s clean air funding, we have reached 5,000 children and their families, to show them how they can breathe cleaner air on their way to school or nursery.”

A study by Unicef and Queen Mary University found children in London are exposed to 60% of their daily air pollution during the school run and while at school – even though they spend more time at home. 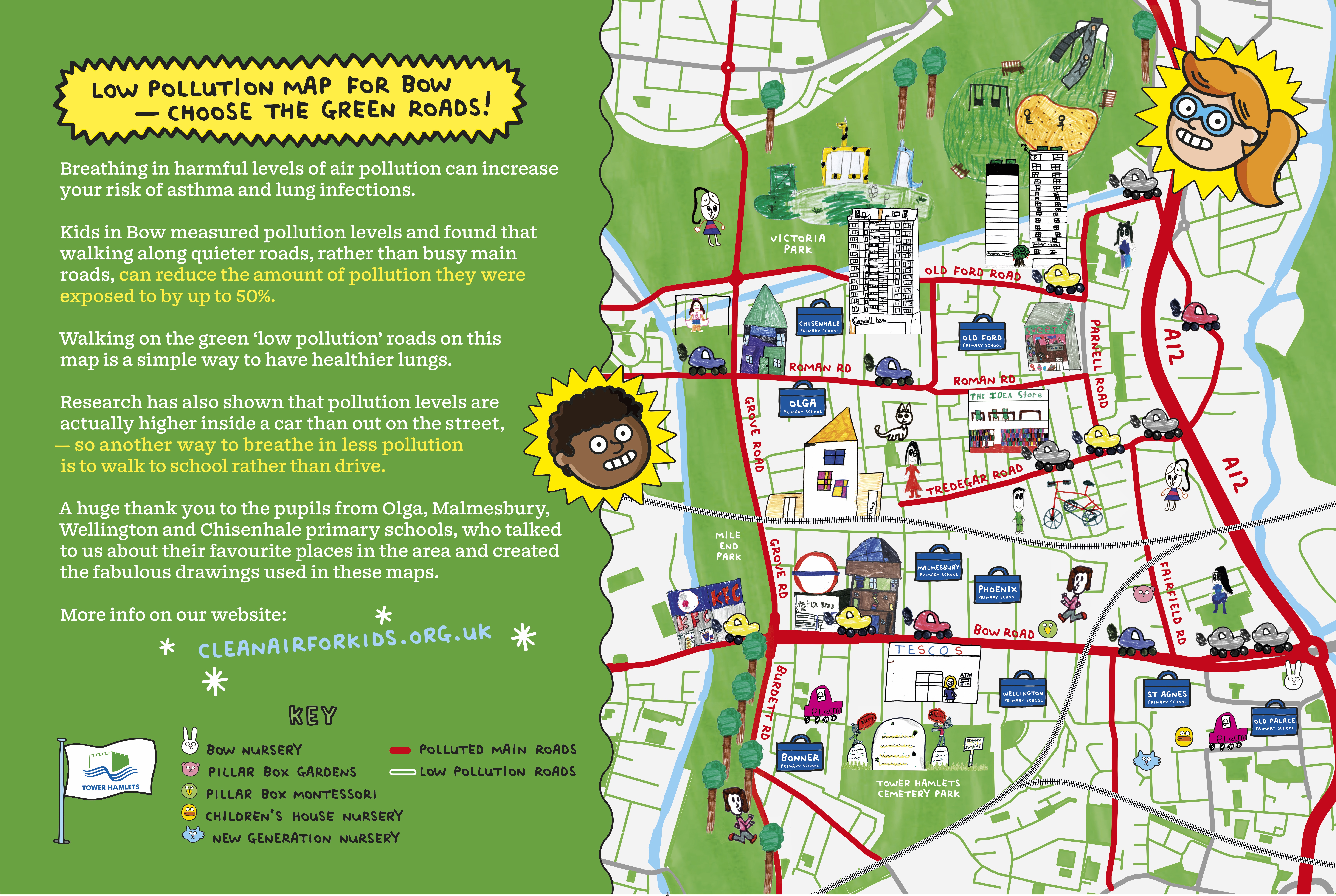